The Strange Intimacy of Penny Dreadful

The first episode of Penny Dreadful (Showtime, 2014-), John Logan’s riff on The League of Extraordinary Gentlemen begins with a scene of strange intimacy. The show, which chronicles the adventures of a number of famous Victorian horror characters and assorted stock types, manages to reinvigorate a stagnant genre by demonstrating a formal bravery that has often been absent on the small screen—to my mind, only Carnivàle, Hannibal and True Detective come close—and which is rooted in a deep awareness of the fact that horror works best not when it shocks, but when it estranges.

By strange intimacy I thus refer to the way that Penny Dreadful collapses the distinction between the intimate and the strange and locates horror at the very heart of the familiar. But this too is a strange kind of horror that focuses not on cheap thrills or extreme violence, but on maintaining an anxious tension between the familiar and the strange—between that which we take for granted and that which calls into question the conventions that govern our sense of being in the world.

The only cold open in Penny Dreadful’s deeply-serialized first season is a fitting introduction to the show. It opens with an extreme close-up of a sleeping child’s face, the camera slowly hovering over it, and then cuts to a close-up of her mother, sleeping in the same bed and being woken up by the sound of broken glass and barking dogs. As she gets out of bed, the only sound that we hear is her breath and the rumpling of sheets. As she grabs a lantern and moves towards the bathroom, all that we hear is the noise of her movement. Once on the toilet, in front of a window, the camera closes up on her, and we hear the wind and an ominous violin stroke that quickly dissolves into it. The woman turns her head towards the window—and is instantly pulled away by an unseen attacker. The show then cuts to the girl, who follows in her mother’s footsteps. As she opens the door to the bathroom, she lets out a powerful scream and the show cuts to the title sequence.

Such scenes are plentiful in Penny Dreadful. They combine formal techniques that suggest intimacy—close-ups, handheld shots, the almost total absence of extradiegetic music coupled with a delight in incidental sound—with depictions of intimate situations—waking up, going to the toilet, praying. But then something happens within these intimate situations that transforms them—a monster, for instance, bursts forth, or something that we were conditioned to consider monstrous proves to be beautiful (and is framed according to the conventions of representing beautiful things). The effect that such scenes achieve is one of deep anxiety with regard to what we consider familiar—and one that helps disclose the profound conventionality of our mundane existence.

Please note, the Marginalised Mainstream has moved to a new home: 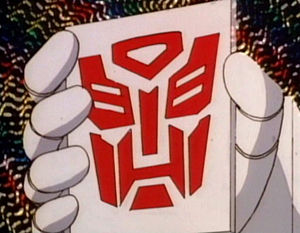 We are pleased to announce our third annual conference will be hosted at Senate House, University of London. This year’s conference will consider the varieties, motivations, and meanings of disguise. From secret identities to theatrical performances, from fictional fabrications to factual concealment, disguises of all sorts are part of mainstream culture. This event will explore various manifestations of disguise in popular fiction, media, and culture that have previously been academically marginalised.

Fictional instances of disguise range from Scooby-Doo to Superman, and have a long history in theatre, novels and film. Factual disguise can also impact mainstream media, whether it be the subtle advancement of a concealed agenda in gay fiction of the 1960s, the academic impact of the Sokal hoax in the 1990s, or J. K. Rowling’s recent attempt to publish pseudonymously. Textual disguises, such as that of the murderer of Roger Ackroyd or the identity of Keyser Söze, retain the power to shock.

The motif of disguise appears in fiction and film, in real life and virtual reality. The prevalence of such masking and unmasking poses pressing questions for popular culture: when does disguise reveal as well as conceal? How do marginalised genres or media subtly alter mainstream opinions, while masquerading as mere amusement? How do changing fashions, in clothes, in texts, or in tastes, affect the ability to create disguises? Is critical marginalization an attempt to ‘disguise’ the value of the mainstream?

This year’s conference seeks new perspectives on the operation and meanings of such masking and unmasking in fiction, media, performance, other cultural productions. We invite abstracts focusing on literature, cultural studies, art history, film studies or other disciplines. Subjects could include, but are far from limited to:

It goes without saying that writers, texts or topics need not be canonical. In addition, we actively encourage papers discussing writers, texts and visual media that engage with mainstream cultures from around the world.

Panels will follow the format of three 20-minute papers followed by questions.

Please send abstracts of no more than 350 words by Friday 30 May 2014. Please email abstracts and a cover sheet including your name, university, contact information, plus a brief biographical paragraph about your academic interests or any enquiries to Emma Grundy Haigh, Brittain Bright and Sam Goodman at:

Filed under Call For Papers

External CFP: The Poetics of Space

Centre for Studies in Literature University of Portsmouth

The Poetics of Space in Twentieth and Twenty-First Century Culture.

In The Poetics of Space (1958), Gaston Bachelard asserts that ‘setting’ is more than ‘scene’ in works of art; that it is often the armature around which the work revolves. At this conference we will examine what happens within the cultural space and assess its relationship with place. We aim to investigate the physical and conceptual boundaries of the artistic form and determine where art and literature takes place. This conference seeks postgraduate researchers who are exploring the significant and dynamic relationships between the co-ordinates of space, place, movement and thought in twentieth and twenty-first century culture. In addition to work questioning aesthetic and fictional constructions of space in literature and literature in space, we also welcome papers that discuss how visual media challenge conventional uses of space and manipulate our conceptions of inclusion and exclusion. This conference encourages papers that approach the text from inside and outside challenging traditional disciplinary boundaries.

We invite submissions of 250 word abstracts for original academic papers of twenty minutes on the conference theme. We encourage participation from graduate students of any discipline, including but not limited to literature, film studies, visual culture, gender studies, and cultural studies. Topics might address but are not limited to:

– Heterotopia and the Third Space

– Designed spaces: architecture; the landscape of the city; maps and cartography

– Materiality of the text

– The aesthetics /theory of space: the ‘spatial turn’ in literature and cinema.

Please send submissions and a brief bio to cslpgconf@port.ac.uk by 1st March 2014. 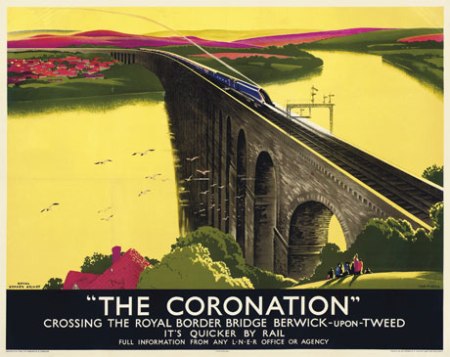 The 16th annual conference of the multidisciplinary society, The Space Between: Literature and Culture, 1914-1945, July 17-19, 2014, Institute of English Studies, London

The 16th annual conference of the Space Between society will explore the notion of ‘crossing’ − whether of oceans, borders, classes, genders, disciplines or genres − as it relates to literature, art, history, music, theatre, media, and spatial or material culture in any country between 1914 and 1945. From 1930s writers and intellectuals crossing the class divide to the surrealist crossing of a sewing machine with an umbrella, from Virginia Woolf’s Orlando to Michael Curtiz’s Casablanca, from crossing the dance floor to spying and wartime betrayal, tropes and examples of crossing proliferate across the culture of the period. We invite proposals for papers considering any aspect of crossing whether literal or metaphorical, spatial or social, successful or unsuccessful. Topics might include:

Please send abstracts of no more than 300 words along with a short biographical statement to Nick Hubble at Nick.Hubble@brunel.ac.uk by 2 December 2013. 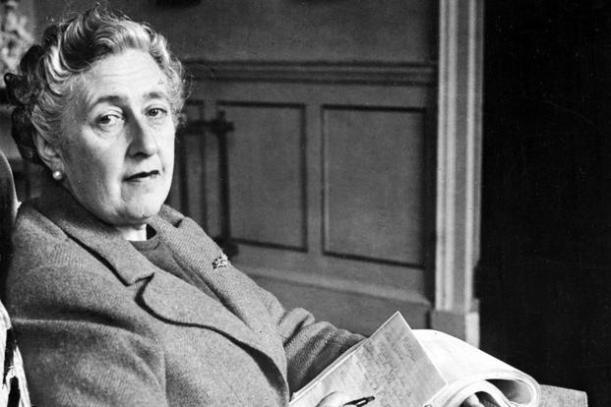 A one-day symposium at the University of Exeter, Monday 14 April 2014

Author of over eighty mystery novels, Agatha Christie was the best-selling writer of the twentieth century. Her detectives Hercule Poirot and Miss Marple are iconic and her play The Mousetrap is the longest-running in history.This one-day conference is the first in Britain to engage with Christie’s life, work, and popularity. An interdisciplinary event, Agatha Christie: Crime, Celebrity, Culture seeks to unite researchers across the humanities with an interest in this writer’s work, life, and her afterlife in TV, film, and, popular culture.In addition to research presentations, the day will feature an exhibition of material from the archives in Exeter’s Special Collections and from the Bill Douglas Cinema Museum revealing the fascinating story of Agatha Christie’s relationships with publishers, fans, and film-makers.The conference organisers invite proposals for twenty-minute papers. Possible themes include, but are by no means limited to:

Please email an abstract of 250 words with a short biographical note to the conference organiser, Jamie Bernthal at agathachristie@exeter.ac.uk, no later than Friday 29 November 2013. Please direct any queries to the same address. 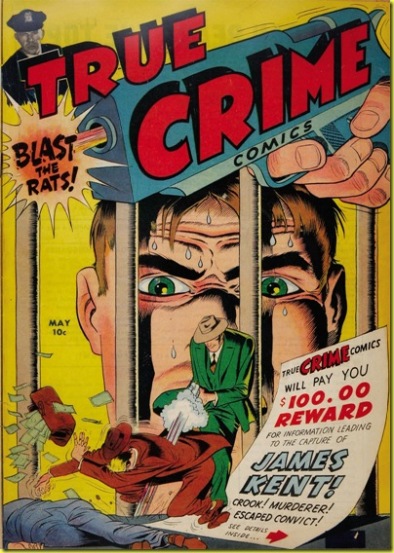 As Mark Seltzer notes, ‘true crime is crime fact that looks like crime fiction’, a popular genre that is obsessed with real-life murder and extreme acts of criminal deviance. Emerging as a genre in magazines of the mid-twentieth century such as True Detective Magazine, and drawing on earlier discourses of confession, memoir and speculation, true crime first received attention as a form of literature with the publication of Truman Capote’s In Cold Blood (1966). It has since diversified into a variety of other media, from television series such as Neil McKay’s Appropriate Adult (2011) to Hollywood films about famous works of the genre, such as David Fincher’s Zodiac (2007). In recent horror-crime fiction and film, such as Adam Nevill’s Last Days (2012) and Scott Derrickson’s Sinister (2012), the act of writing and filming true crime is presented as ensnaring its creators in the gruesome worlds they seek to capture. While its adherence to orthodox law and order perspectives, typified by a tendency to present offenders as monstrous and evil, may seem to position true crime as a conservative genre, its fascination with the lives and minds of serial killers can sometimes lend it a transgressive quality.

True Crime: Fact, Fiction, Ideology is an interdisciplinary conference seeking to explore this genre in its myriad incarnations. Proposals are sought for 20 minute papers. Possible topics may include:

Please send 300-word abstracts to David McWilliam and Hannah Priest at conference@hic- dragones.co.uk by 31 March 2014. All enquiries should also be sent to this address.

This conference is organized by Hic Dragones. For more information about us and our work, please see our website: http://www.hic-dragones.co.uk.

The Marginalised Mainstream
Blog at WordPress.com.